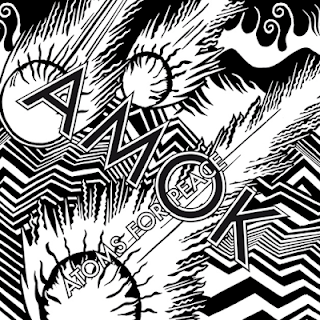 Read the poem 'Cities Vagabonds' by Arthur Rimbaud while you stream AMOK, the new album by Atoms For Peace


And this is the people for whom these


Alleghenys and Lebanons of dream have been raised!


Castles of wood and crystal move on tracks and invisible winches.


from the canals suspended behind the castles.


brilliant as the mountain-peaks.


On platforms in the midst of gulfs,


From abysmal catwalks and the rooftops of inns,


a burning sky hoists flags upon the masts.


The collapse of apotheosis


unites the heights to the depths


wind among the avalanches.


Above the plateaus of the highest reaches,


the sea, troubled by the perpetual birth of Venus


and loaded with choral fleets amid


an uproar of pearls and precious conches,


as big as our weapons


and goblets are bellowing.


Processions of Mabs in red-opaline scale the ravines.


On high, their feet in the waterfalls and briars,


stags give suck to Diana.


Bacchantes of the suburbs weep,


and the moon burns and howls.


of the black-smiths and hermits.


Clusters of belfries repeat the ideas of the people.


Issues from castles of bone an unknown music.


In the boroughs legends


are born and enthusiasm germinate.


A paradise of storms collapses.


Savages dance without stopping the festival of night.


And, for one hour, I descended into the swarm


of a boulevard of Baghdad


where groups of peple were singing


the joy of the new work,


circulating under a heavy wind


without being able to escape those fabulous phantoms


of the mountains to which one must return.


What good arms, what wondrous hour


will restore to me that region

Posted by Avaton Kortez at 18:45 No comments: 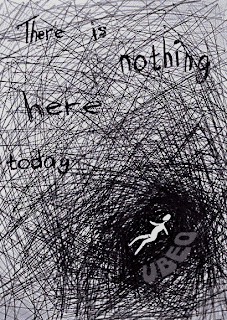 Posted by Avaton Kortez at 00:23 No comments: