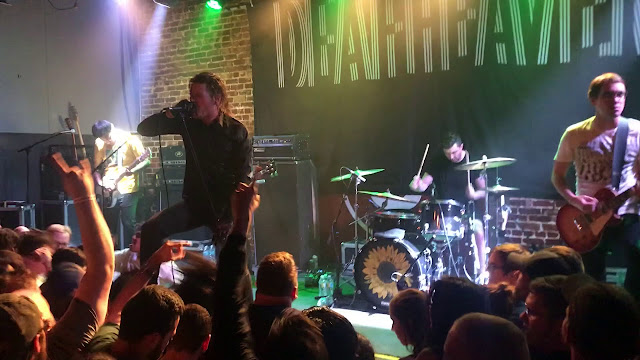 Ordinary Corrupt Human Love is bookended by two songs that split the difference between your usual Deafheaven cacophony and those decidedly scaled-back ballads. It begins with the aforementioned “You Without End,” the expansively pretty overture that has drawn more than one comparison to Mellon Collie And The Infinite Sadness. And it concludes with “Worthless Animal,” a 10-minute post-metal epic that just builds and builds and builds, like the soundtrack to the raddest flight simulator of all time. As Clarke barks out more surrealist gobbledygook about “the ladies cradling streams of buttermilk current” and such, his bandmates rise skyward, vigorously careen through turbulence, and eventually soar out into the great unknown, presumably to discover another chapter of the Deafheaven story. In the meantime, we’ve got this one, presenting masters of tumult giving peace a chance, still capable of demolishing you but sometimes content to let beauty escape into the world unscathed.( stereogum.com)