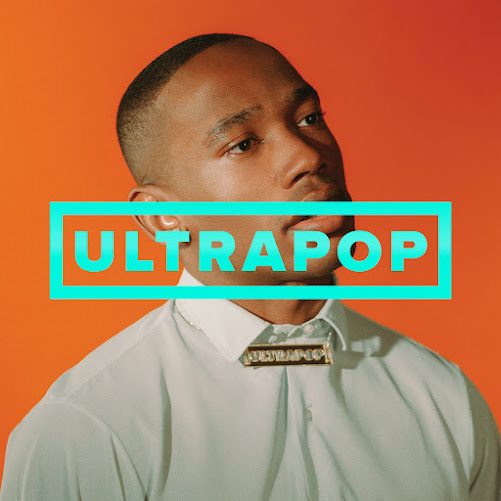 The Armed have cloaked themselves in mystery since the beginning, however, this album cycle, they’ve revealed the full lineup, which in part would appear to be made up of beefed up muscle bros standing in front of brightly colored backgrounds. The tone of the smirking is-it-a-joke Noisey profiles has found its way into the music itself, threatening to alienate hardcore audiences with music that sounds more and more like it belongs on Alt Nation. The overtly Millennial aesthetic threatens to do the same. ULTRAPOP presents itself as anti-hardcore hardcore, all with a smile on its face that dares you to throw the record across the room. Lucky for The Armed, the songs are just too good to do that.

The accessibility of this record shouldn’t be overstated. It’s still Loud and Out Of Breath, but instead of hooks being buried in the mix, they’re noticeable on first listen. The opener is full of harmonies strong enough not to be crushed by dense bursts of bass and digital noise. There’s something almost Deafheaven-like in the juxtaposition of delicate dream pop and metal.

Songs like “All Futures” and “Average Death” represent ULTRAPOP at its most radio friendly, which is to say, not all that kind to DJs beholden to advertisers. Yes, there are sung choruses in these songs (catchy ones!), but they are at the center of arenas of pounding drums and guitars, noise made by, if they are to be believed, eight people who seem desperate to beat us down. Both make use of group sung choruses, pointing to something very communal in The Armed’s ever-shifting lineup.

The band is at its best when it’s making brutally fast bangers like “Masunaga Vapors,” a song that hinges itself on elliptical guitar lines running up and down the scale at dazzling speeds. The whole thing crests at the end, when the wave breaks and everything collapses into glittering bits of synth. It’s excellent. While a typical song by The Armed lets up just long enough for a hook to appear, “A Life So Wonderful” goes even harder in the chorus, blast beats and screaming turning into something like an anthemic hook. “Faith in Medication” is built on Converge-ish vocals and angular stabs of guitar, making good on their early roots in mathcore. The solo at the end is a bonkers show off that’s completely unnecessary, which is what makes it great.

Closer “The Music Becomes a Skull,” featuring vocals from Mark Lanegan, apes a goth drum pattern to slow things down and get b-i-i-i-g. While it’s not the best song on the record, it reflects a hungry band that keeps getting more ambitious. ULTRAPOP seems like it could have the same crossover appeal Sunbather did eight years ago: metal for the non-metal listener. Deep down, everyone likes to thrash, it’s just a matter of how much sugar is needed to make that thrashing palatable to people who prefer Popjustice over Decibel. The Armed thread a difficult needle, bringing heavy music to people who sneer at the stuff. They seem like they could really make it happen. (Treblezine)

No. 02 The Body - I've Seen All I Need To See
No. 03Senyawa vs Black To Comm - Alkisah Versi Hitam
No. 04 The Body and BIG|BRAVE - Leaving None But Small Birds
No. 05 Slikback - Melt No. 06 Backxwash - Ι Lie Here Buried With My Rings and My Dresses
No. 07 Dalhous - The Composite Moods Collection Vol.2: Point Blank Range
No. 08 Ryan Adams - Big Colors
No. 09 BIG|BRAVE - Vital
No. 10 Rey Sapienz and the Congo Techno Ensemble - Na Zala Zala
No. 11 Moin - Moot!
No. 12 Operant - Traumkörper
No. 13 Moor Mother – Black Encyclopedia of the Air
Νο. 14 Converge & Chelsea Wolfe - Bloodmoon: I
No. 15 Don Zilla - Ekizikiza Mubwengula
Νο. 16 Restive Plaggona - Restive Plaggona
Νο. 17 Irreversible Entanglements – Open the Gates
Νο. 18 Scorn – The Only Place
Νο. 19 Alexis Marshall - House of Lull House of When
No. 20 Crystal Geometry - Distressing Visions
Posted by Avaton Kortez at 08:57